Malibu's Mountain lions and many other wildlife species are in trouble. National Park Service research increasing reveals how The 101 freeway has transformed the Santa Monica Mountains into an island, isolating animal populations and creating a genetic bottleneck that could eventually lead to extinction.

For many years, conservationists have sought a wildlife underpass. That proposal has gained traction recently and a more ambitious and effective solution is now being developed, a wildlife overpass at Liberty Canyon that will enable many species of animal, including mountain lions, to safely cross the highway, increasing genetic diversity and allowing young animals to disperse into a range that extends all the way into the Los Padres National Forest.

According to the experts, if this project is successful, it will offer a safe, vegetated crossing that can be used by all of  our surviving big animal species: mountain lions, bobcats, mule deer,  but also by smaller species: weasels, badgers, raccoons, gray foxes, lizards, snakes, even birds.

A bobcat makes her nightly rounds on Point Dume.  This beautiful little wildcat doesn't get the press that its bigger cousin the mountain lion receives, but it is also at risk from inbreeding and lack of genetic diversity. This species is also a frequent victim of vehicle strikes on the freeway and along our canyon roads. Photo @ 2014 Suzanne Guldimann

Although high fliers can easily cross obstacles like freeways, ground species and low fliers like quail can't. And even though owls look large and sturdy they are lightweight and easily caught in the slipstream of passing cars. Wildlife experts say that an overpass could offer critical connectivity for these species, as well as the more high profile animals.

Conservationists see the Liberty Canyon Wildlife Crossing as a major first step, a philosophical bridge as well as a physical one, that has the potential to inspire a network of overpasses and underpasses throughout the greater Los Angeles area, reconnecting the remaining islands of open space with the mountains that ring the LA basin.

This isn't a new idea. Wildlife overpasses and underpasses have been successfully used in other parts of the world for decades. Europe has pioneered the concept. There are badger crossings in the Netherlands,  and deer and mountain goat passes throughout the Swiss and French alps. The concept has spread. There are now elephant underpasses in Africa, camel crossings in the Middle East and plenty of US wildlife crossing projects for everything from desert tortoises in the Mojave Desert to Salamanders in New England. There is substantial scientific evidence that crossings are effective, and there's no reason they can't work here equally well.

Like the proposed Rim of the Valley National Recreation Area and the restoration of the LA River, this is ambitious vision, and one that may not be accomplished in our lifetimes, but this first step, the Liberty Canyon project, is in reach. We can do this if we all work together. 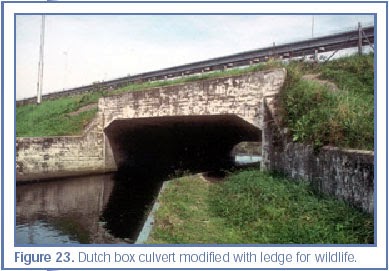 I wrote an extensive article for the Malibu Surfside News on the overpass project, which will be online at http://www.malibusurfsidenews later this week, and I will be covering the rally on Friday for the paper. I hope to see some of you there. In a time when so much news is bad news it's nice to know good things can happen, too.

More information of the Liberty Canyon Wildlife Crossing is available at http://www.savelacougars.org

Posted by Suzanne Guldimann at 3:56 PM