Hic Sunt Dracones—Here There Be Dragons

We were talking of DRAGONS, Tolkien and I
In a Berkshire bar. The big workman
Who had sat silent and sucked his pipe
All the evening, from his empty mug
With gleaming eye glanced towards us:

“I do not care what comes after; I have seen the dragons on the wind of morning.”


Hic Sunt dracones—here there be dragons, the words that once warned that the explorer was venturing off the map and into the unknown, still have the power to conjure marvels, even in an era of information overload where the monsters that lurked at the edge of the map have been vanquished to the realm of fiction. There may be maps to everything on every iPhone, Pad and Pod, but we are still drawn to the unknown. And it's comforting to know that while there may not be dragons there are still marvels.

Even the most jaded and world-weary citizen of the 21st century might find it easy to believe in dragons at sunset on a winter evening on the beach in Malibu, when there's a good chance of catching a glimpse of dolphins, sea lions and migrating gray whales.

The Bay Area and the Central Coast have a long tradition of sea monster sightings. Even the Channel Islands have their share—most notably a Loch Ness Monster-like creature off San Clemente Island, but for some reason, Malibu seems sadly deficient in the sea monster department (except for the occasional oar fish), which is surprising, considering the abundance of marine mammals that congregate off shore.

However, while one may know perfectly well that what one is looking at must be a marine mammal and not some strange cryptid, getting a good enough look to tell what it is can be a challenge. All of our marine mammal species can look remarkably like something that would be right at home among the sea monsters on the map at the top of the page.

The presence of these species is one of the reasons why much of the Malibu coast is designated an area of special biological concern and why the waters off Point Dume are now part of California's network of underwater reserves, officially known as Marine Protected Areas.

Most of the larger marine mammals keep to the deep water well away from shore, but migrating gray whales often stay near the coast on the way to and from their breeding grounds in Baja.

I wrote an article on the winter migration for a recent issue of the Malibu Surfside News. It wasn't my finest hour as a journalist. I cut out a section on the comparative size of the different whale species and ended up saying that the fin whale is smaller than the gray whale. It most definitely isn't.

Grays may be small compared to other cetaceans, but a 50-foot-whale surfacing just beyond the surfbreak is an awe-inspiring sight, and a surprisingly frequent one along the shore in Malibu from December through April.

Gray whales are the most commonly observed nearshore whale species, but fin whales, humpbacks and even blues can occasionally be spotted with the help of a pair of binoculars. Blue whales and fin whales exhale a cone-shaped spout of water that can be 30 feet high, while humpbacks produce a roundish, 10-foot-tall spout. Looking for the tell-tale blast of white water is often the easiest way to spot whales.


Sometimes the presence of sea birds and dolphins indicates there are whales in the area. Any disturbance in the water is worth a closer look with binoculars or a zoom lens.

Many dolphin species also prefer deep water. It's rare to encounter Dall's porpoise or Risso's dolphin near shore, but both species can be found off Point Dume where the continental shelf drops off into deep water.

Dall's porpoise—a compact, small member of the dolphin family with black and white coloring that looks a little like the orca's—seems to prefer cold water and reportedly only turns up in winter.

Risso's dolphins are large (10-13 feet long), blunt-nosed dolphins that also go by the wonderful name "grampus."  They are often seen in the channel, where they gather in large pods, often with other dolphin and whale species, but they almost never come close to shore. 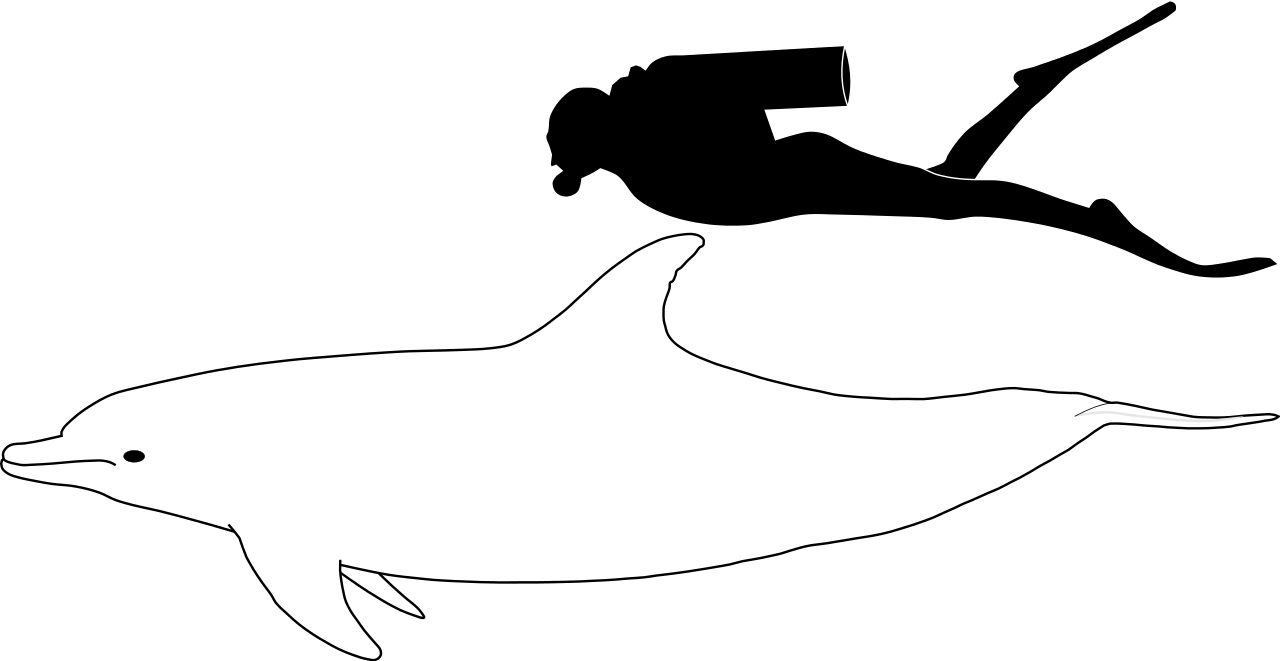 The most conspicuous marine mammal in Malibu has to be the sea lion. These gregarious, intelligent, noisy and fun-loving pinnipeds are a favorite here at the Malibu Post. One of my first articles for the blog was about them, and I never get tired of observing them.

Harbor seals and Northern elephant seals also occasionally visit the Malibu coast. Adult elephant seals are massive—males can be 16 feet long and weigh more than 5000 pounds. They spend much of their lives in the open ocean and are rarely seen near the shore in Malibu.

However, young pups are occasionally spotted on the beach here, either resting or sometimes in distress (injured or ill marine mammals should be reported to the California Wildlife Center's marine mammal rescue team—310-458-WILD, and donations are urgently needed this time of year to supply rescued animals with medical care and the huge quantities of fish they need to eat during recovery).

Harbor seals are less numerous in Malibu than their sea lion cousins, but there are usually a few around, especially in western Malibu. Elephant and harbor seals lack the powerful front fins that enable sea lions to move quickly and efficiently on land and are rarely seen on the shore—Malibu's beaches probably aren't secluded enough. Like sea lion and dolphins, harbor seals are intelligent and curious and like to check out what the swimmers or divers are up to. They've also been known to drop in on surfers.

Elephant and harbor seals are sleek, strong underwater swimmers and are hard to spot in the water. If what you are watching is leaping out of the water like a mad acrobat, or popping up to watch you watching it, it's probably a sea lion.


The American Cetacean Society offers all kinds of useful information on whales and dolphins, and the Los Angeles chapter, which is currently seeking whale census volunteers, provides links to whale watching trips, daily updates on the census, and much more on its website. Both sites are well worth a visit.

There are all kinds of opportunities to learn about the things that once existed beyond the edges of the map and that even today we are only just beginning to understand. One of the best opportunities is simply taking the time to go and look. Who knows what one might see?

Posted by Suzanne Guldimann at 12:50 AM