It was dusk and the faint glow of a smartphone screen illuminated the face of a small girl intent on capturing an imaginary animal in the street in front of The Malibu Post. The girl's father, hovering nearby, called instructions: "Wait until there's a green circle, that's it!" The Pokemon was successfully captured and the pair moved on. I felt a certain kindred feeling. I've spent the last several months attempting to track down a full collection of creatures, too, but while my hunt was for real world creatures, several proved every bit as elusive as any legendary beast.

Anyone who lives within the boundaries of the Santa Monica Mountains National Recreation Area has lizards among their nearest neighbors. They sun on the rocks in the garden, or zip across the driveway. Sometimes they show up uninvited in the house where they may end up mummified under the couch or on the cats' menu, but mostly the reptile world and the human world occupy the same space largely unnoticed by the inhabitants of each world. That's unfortunate, since human activity can inadvertently take a terrible toll on lizards, and because lizards are beneficial and interesting and worth a closer look. However, just because they often live among us doesn't mean they're easy to find.

Seven lizard species can be found in the Santa Monica Mountains. Four of those species can be found even in urban gardens, but the Western fence lizard is far and away the most commonly seen reptile. This small cousin of the iguana lives alongside humans, successfully surviving in even the smallest gardens and yards, but also abundant in the wild.

Fence lizards are beneficial garden residents. They feast on creatures humans regard as pests, including mosquitos, ticks, scorpions, centipedes, beetles and spiders.  Fence lizards are, in turn, a key food source for everything from hawks and roadrunners, to gopher snakes and larger lizards.


Fence lizards that don't end up on the menu of some larger animal can reportedly live for as much as five or six years.

Some Malibu gardens are also home to another iguana relative, the side-blotched lizard, Uta stansburiana. This small elegant lizard comes in a surprisingly wide range of colors and may have spots, stripes or, sometimes, no markings at all.

Visitors to Point Dume State Park or Malibu Bluffs Park Open Space are almost guaranteed to see the colorful side-blotched lizard going about its business of hunting ants and other small invertebrates. Like the fence lizard, they are an important food item for numerous other species of birds, reptiles, and mammals. Unlike the fence lizard, they are not strong climbers and prefer to stay close to the ground.


The Western skink has a taste for sow bugs and moths. Possibly because of its secretive ways, it is longer lived than other local species, reportedly surviving for as much as 10 years when conditions are right.

The fourth common garden lizard is the fierce and robust Southern alligator lizard. Alligator lizards are not closely related to true alligators, but apparently no one bothered to explain that to them. They are fierce, grumpy and aggressive. They swallow other lizards whole, devour mice and small birds and have a remarkably painful bite for something that doesn't have teeth.

The remaining two local lizard species are, unfortunately, increasingly rare. The coastal whiptail was already rare when I was a child, but there was a time when this colorful lizard was abundant throughout the area.

Frederick Hastings Rindge, who purchased the entire Malibu Rancho in 1892, had this to say about the coastal whiptail lizard in his 1898 book Happy Days in Southern California:

The long pipe-stem lizards sunned themselves near by, but they are not very harmful; they are so called because, if struck by a stick, their tails fly into as many pieces as a pipe stem when broken on the pavement. The common little lizards are harmless, sometimes being even used for pets.

I do not like to recall the remembrance of a lady in Saint Augustine, Florida, I once knew, who had such a creature for a pet, feeding it regularly and taking it in her hand.

A Californian I have known who would catch them, put them on his shoulder, and let them run at will over his back. These things are told to ward off fears of poison. The big pipe-stem fellows, however, I will not vouch for.

We wouldn't vouch for them either, because this lizard has some formidable claws. There are two Southern California whiptail species. Ours is Aspidoscelis tigris stejnegeri, the tiger whiptail. There's also an orange-necked whiptail, that lives in San Diego County.


We had to go on an expedition to the back country to find whiptails for this article. This species is a California Species of Special Concern, and can only be found in a few locations in the Santa Monica Mountains. It was May, and we witnessed a strange and wonderful thing, the mating dance of the whiptail, which involved a sort of fencing match, followed by Sumo wrestling. By now, the eggs will have hatched, and a new generation of whiptails will be embarking on the dangerous life of the lizard.

We never expected to find a legless lizard for this article, but I had high hopes for finding the seventh species, the coast horned lizard, Phrynosoma blainvillii, also known as Blainville's horned lizard.

When I was a child, horned lizards were common in Malibu. I vividly remember the first one I ever saw. It was at the Paradise Cove Mobile Home Park. My friend's mother called us over to see it just outside the door of their Airstream. I was four years old, and enchanted. It looked exactly like one of the plastic dinosaurs I played with at home.

The horned lizard remained a personal favorite, but even so, I couldn't tell you when it began to disappear. Habitat loss and the mass invasion of the tiny Argentine ant, which displaced the native ants this lizard feeds on, are to blame for this this species ending up on the California Species of Special Concern list.

That's why it's ironic to me that after months of hunting for the once plentiful horned lizard to photograph for this blog post, I finally spotted one at Malibu Bluffs Park Open Space, right where the City of Malibu is planning to build new baseball diamonds.

The encounter left me with the uncomfortable feeling that  the day may be coming all too soon when this species will be joining the dinosaurs that it resembles, and that Malibu, in an effort to provide recreational facilities for the community, will be unintentionally hastening its demise.

Pokemon Go has taken the country by storm. A player in New York made headlines last month for reportedly "collecting them all."  It's great that the game is getting people out of doors, but here at the Malibu Post we could wish that our own real live amazing creatures are as valued and appreciated as the imaginary ones currently so highly prized. 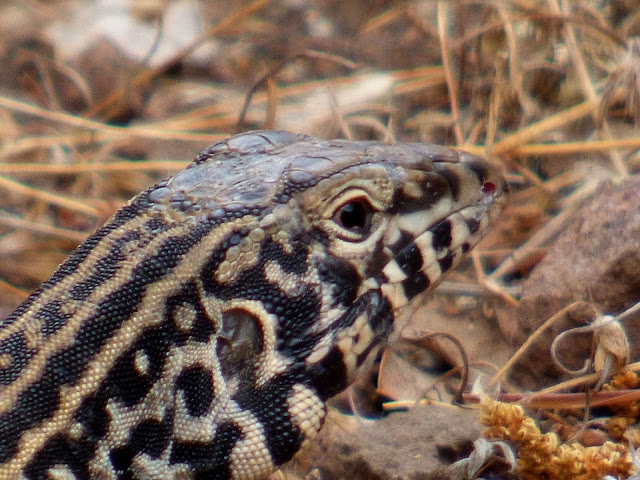 Posted by Suzanne Guldimann at 1:10 PM