Six Months Later: Life in the Aftermath of the Woolsey Fire


It has been half a year since the Woolsey Fire. Many people are still in shock, struggling with loss, or with the loss experienced by loved ones. We are all still trying to process the magnitude of the disaster.

At the Malibu Post we were among the lucky ones who had a home to return to because our neighbors stayed and fought the fire, but it is still difficult. So many friends and neighbors lost their homes. So much was destroyed. Every day life was complicated by no electricity for weeks, no landline for months, road closures, flood warnings, dust and ashes every time the wind blew.

As a journalist, I spent a lot of time in the middle of disaster zone reporting on the news. I spent even more time there in dreams each night, walking through that hellish landscape of incinerated trees and houses and ashy piles of bones (that's not an exaggeration, there were piles of bones all over the mountains after the fire). It was hard not to think about the fire all the time when everything was covered in ash, and even a short trip through the neighborhood was a drive through a war zone. Waking in the morning wasn't much better.  The view out the window revealed a blacked panorama of scorched mountains.


Malibu may never be the same, but after nearly six months it is getting better. Recovery will be a long process, one that has only just begun. Debris is being cleared. Residents who lost their homes struggle with the lengthy, complex, and often frustrating process of rebuilding, but at least the process has begun, however difficult and labyrinthine. Nature is also undergoing a rebuilding process, one aided by the restorative rain this winter.

Some neighbors may never return—their losses are too great to be overcome. Others are cautiously optimistic, the horror of the fire tempered by thoughts filled with plans for the future again. And everywhere the rain has helped soften the appearance of the burn scar with new growth. Wildflowers, even the non-native and ubiquitous mustard, have cloaked the damage with color and beauty.

I took more than 10,000 photos of the fire and its aftermath. It's still hard for me to look at some of them, but we are only six months into the recovery from what has been Los Angeles County's worst fire disaster. We've come a long way in the time. We still have a long hard road ahead of us, but all around us the natural environment has begun to heal.


Fire following wildflowers that have appeared in the months after the wildfire include: 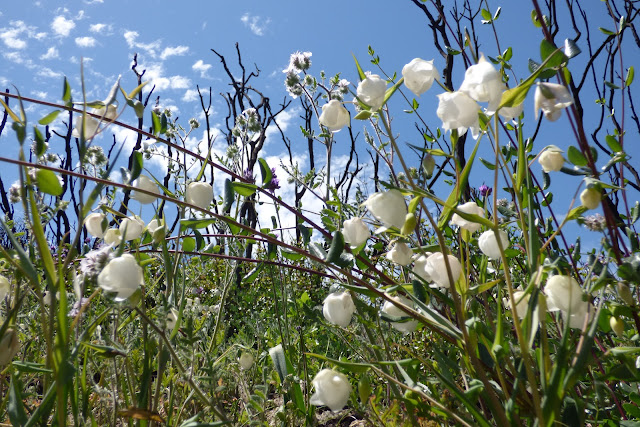 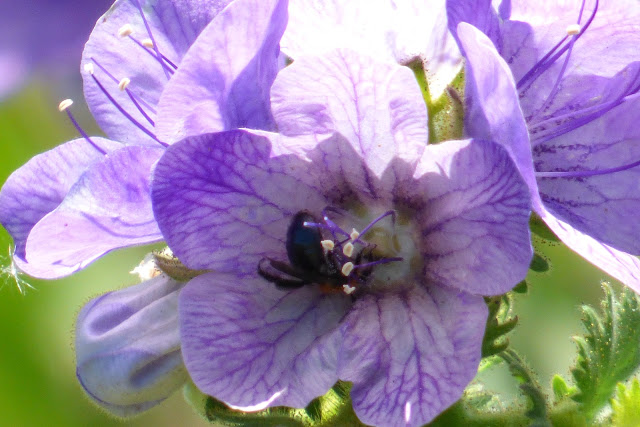 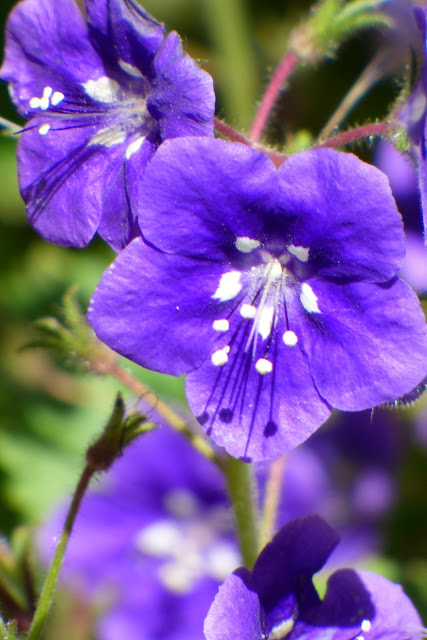 
Here's a summary of the past six months from no farther away than our own home:

Rebuilding after a wildfire is difficult. Recovery is slow. Many people are still experiencing grief and loss, or frustration and anger, but we are getting through it, together, one day at a time. For me, the dreams are less frequent now. When I look out of my window I still see one last sad chimney, but I also see green hills turning dusty gold as the rainy season ends. The familiar view of our much loved Malibu mountains isn't a wasteland anymore.

"...What I knew was that the earth underneath was alive and that by tomorrow, certainly by the day after, it would be all green again." —Norman MacLean, A River Runs Through It, and Other Stories


Posted by Suzanne Guldimann at 11:57 AM