Malibu certainly must never become a locality for the get-rich-schemes of honkey-tonk promoters who have nothing more than a yawning interest in civic pride—or the scavenger who sees a chance to trade off the name for the sake of a few dollars.

There is no better time than right now to face the fact that we must organize to achieve unity of purpose in all our civic endeavors. If we wait too long, we may well be too late.

If you had to go by the letters to the editor sections of the local newspapers you would never guess Malibu’s election season has shifted into high gear and that the battle for votes in the six person race for three seats on the Malibu City Council is raging in the aisles of the grocery stores and at the farmers market.

Former Malibu Surfside News editor Anne Soble often received so many election season letters that they would spill over from page 4 to fill every empty space, sometimes ending up jostling with the classifieds for space on the last page.

The war of words has been waged in every Malibu city council election. Why is it so quiet out there this time? With the exception of curmudgeonly grumbles from a couple of octogenarian town elders and a polite epistle praising the candidates for their decorum, the silence on campaign issues is deafening.

Perhaps the rise of social media is to blame for the silence in the letters column, although even the online comment section of the one local paper with that feature is surprisingly empty. There are the usual anonymous developers sparing half-heartedly with a handful of local fire eaters, but that's about it.

Readers of the current Surfside News can perhaps be excused for not knowing who the newest editor is or how to reach her. The paper restructured recently and has brought in many new faces. But everyone knows where to find the Malibu Times’ editor, Arnold York.

Before Malibu became a city the opinion sections were a key forum for local issues—sometimes the only opportunity for residents to have their concerns heard. And while politicians often waffle on about "progress," some of the earliest Malibu letters to the editor could be dusted off and recycled today.

“We all want Malibu to be the most beautiful community possible, yet how can it be with sudden death racing down our highway?” asked Nella Archer in a letter to the editor of the Malibu Times dated January 27, 1947.

“My eyes are opened now to needs which are greater than just hotels,” a letter written by developer Esther Sterkin states. “We must have a complete resort community where those who will, may, escape from cities, and raise their families close to nature. For these permanent, solid citizens we must have schools, churches, theatre, shops, recreation centers for our children (small and adolescent), and all the other necessities for a high-level community...Then, of course, the resort buildings and facilities, gorgeous landscaping, exclusive sumptuous hotels, modern beach cottages, and apartment houses, also housing divisions for the men who would be employed in the area...I am impatient to see a beginning."

Development and highway safety remain two of Malibu's top issues, but there are more recent concerns—things that early residents could never have imagined: escalating issues with homeless and drug use; the impact of short-term home rentals and the one-night-only party crowd they attract; drug rehab facilities that transform neighborhoods into hospital zones; global warming and sea level rise; and the estimated 15 million visitors who flocked to Malibu's beaches and mountains in the past year.

When Malibu was fighting for cityhood, the letters column in both papers was a major battleground that sometimes spilled over into the Los Angeles Times’ letters section. It was also sometimes a literary experience. You might find a pithy response from mystery writer Ross Thomas, a politely devastating retort by legendary screenwriter Philip Dunne, or a dryly humorous opinion penned by actor turned journalist Paul Mantee.


Ross Thomas was so quiet in person that you had to listen hard to hear him. It was worth the effort. Before settling down to the mystery novelist’s life he had traveled the world: Africa, Asia, Europe. He’d lived in London and Manhattan, rubbed elbows with the entire literary scene of the 1960s. His first novel Cold War Swap, won the Edgar Allen Poe award for best first mystery novel in 1966. As an activist and letter writer he was fierce and deadly.


Philip Dunne, also a quiet man, was a ferocious fighter for social justice on a national level—he co-founded the Committee for the First Amendment with William Wyler and John Huston, and fought for the rights of the entertainment industry professionals who found themselves on the Hollywood Blacklist. He also fought for small local issues, including Malibu cityhood, which he passionately supported.

Paul Mantee was another energetic Malibu activist. Beneath the tough guy exterior lived a keen intelligence and a wry wit. He wrote a column in the Malibu Times for years and could always be counted on for a witty response on local issues in the letters section.

Yard signs and mailers are all useful in an election, but letters go much further, offering a forum for questions and observations. In a year when everyone is being snowed under in a blizzard of local, state, and national election mailers, letters offer a forum that may actually reach that rare and elusive being, the undecided voter.

The 19th century French novelist and social activist Emile Zola changed history with a letter. He was threatened with a year in prison and a 3000-Franc fine for a letter he wrote in support of Captain Alfred Dreyfus, a French war hero who was charged with treason. Zola was forced to flee to England to escape the fallout, but the letter, famously beginning with the accusation "j’accuse," generated a groundswell of support for the wrongly imprisoned Dreyfus, and ultimately changed history.

If you, dear reader, feel strongly about this election, if you have questions for the candidates, or comments to make on their campaign promises, or a response to a letter someone else wrote, take a minute to act on that thought. Let’s keep the letter writing tradition alive in Malibu. Who knows, it could even change the course of history. Malibu election outcomes are sometimes decided by just a few votes. Your letter could be the catalyst that decides an undecided voter.

Why not write a letter to an editor today?


And, as always, feel free to leave us your thoughts in the comments section. But be nice. The spirit of May Knight Rindge is keeping a watchful eye on all of us. 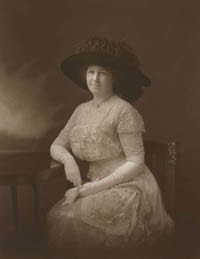 Posted by Suzanne Guldimann at 10:39 PM